The oldest private to enlist into the 85th Pennsylvania in the fall of 1861 appears to have been Isaac Newton Teagarden of Greene County. Teagarden was 54 years old when he volunteered to join Captain John Morris' Company F. Teagarden served in the regiment for 18 months before receiving a medical discharge on April 4, 1863 at New Bern, North Carolina.  Prior to his discharge, he had been sent home to western Pennsylvania on a recruiting mission. He returned to his regiment in early 1863 in North Carolina; but at his age, the rigors of army life proved to be too onerous, and he was discharged three months later.
Why would someone well into his sixth decade volunteer fight in the Civil War? For Teagarden, unlike most of the younger men who enlisted to preserve the Union,  the reason seems to be the cause of abolition. Even though the freeing of the slaves was not a direct cause of the war, Teagarden surely saw the conflict as an opportunity to permanently end the "peculiar institution."
Teargarden was a well-known citizen of Greene County in the decades prior to the war, although he was not necessarily a popular one.
Teagarden was born in 1807 on the family homestead along Wheeling Creek in Richhill Township. He had eleven brothers and sisters. A brief biographical entry noted that Teagarden, "was educated in the public schools, and passed his early life on the home farm. In 1828, having reached his majority, he began working at the millwright trade under the instruction of T. P. Pollock, with whom he continued several years, becoming an expert workman. After leaving the employ of his instructor he began taking contracts for the erection of mills and mill machinery, and became one of the most noted of the early millwrights…His services were constantly in demand and many of the mills of those early days in Greene and Washington counties were monuments to his skill as a builder. Several years prior to the civil war he abandoned his trade and contracting business, returning to his boyhood vocation, farming, carrying on extensive operations until 1872, when he removed to Waynesburg, which was his residence until death.
Teagarden was a member of the 46th Pennsylvania State Militia between 1837-1842. The men of this volunteer military unit hailed from Greene and Washington Counties. Teagarder was overwhelmingly elected  to serve as the unit's colonel for a period of time. Normally, someone with Teagarden's military background could have expected an offer to be an  officer on the level of lieutenant or even captain at the start of the Civil War. But due to Teagarden's political beliefs, he was probably shunned as an officer candidate and had to enter the service as a private.
In the 1840's, Teagarden helped found a local chapter of the Abolition Party. He must have realized that his views would be extremely suspect in his home county. With state borders to its south and west along the slave state of Virginia, there was fear than slave emancipation would cause an influx of cheap labor into Greene County that would have a negative impact on the white residents there.
But Teagarden was more than just an early spokesman for emancipation. His  home was reportedly a stopover for the Underground Railroad. He later joined the Republican Party in 1856; a main plank of the new party was opposition to the spread of slavery into western territories. The biographical entry stated that, "Prior to the formation of the Republican party, Colonel Teagarden was a Whig and strongly opposed to slavery, ranking among the then despised Abolitionists. He voted the Abolition ticket, when there were but three others in Greene county to do so. Newspapers and periodicals were then fewer in number and this deficiency was supplied by the local debating schools. In the schoolhouses and some of the churches in western Greene and southwestern Washington counties he met the champions of slavery, both preachers and laymen in debate, and while not eloquent, he was a most forceful convincing debater, and through these debates did much to create, build up and strengthen anti-slavery sentiment"
Following the war, with the Republican Party in ascendancy in Pennsylvania (if not Greene County, a Democrat Party stronghold), Teagarden was appointed Sealer of Weights and Measures and held this office from 1874-1883.
Significantly, Teagarden was elected to be Jury Commissioner for Greene County in 1873; Teagarden saw to it that African-Americans in the county could serve on juries for the first time.
"In all official positions, whether military or civil Colonel Teagarden was strict and fearless in the performance of duty, never swerving to gain the applause of men. The censure and odium he incurred when he placed the names of colored men in the jury wheel, but served to render him more zealous of their rights and privileges in the future. His comrades of John F. McCullough Post, Grand Army of the Republic, bore him to his last resting place, the military company, Waynesburg Blues, acting as escort.”
Teagarden and his wife, Sarah Ann Parker Teagarden, had three children: Phoebe Jane, Charity Louise, a teacher and John, a lawyer). Dr. Jane Teagarden was the first female doctor in Waynesburg, and for many years, the only female physician in Greene County. Captain John Parker Teagarden continued the family tradition of military service by serving in the 28th Pennsylvania Volunteers during the Spanish-American War.
Isaac Newton Teagarden died on June 20, 1886 at the age of 79 and is buried in the Green Mount Cemetery in Waynesburg, Greene County.
at June 22, 2020 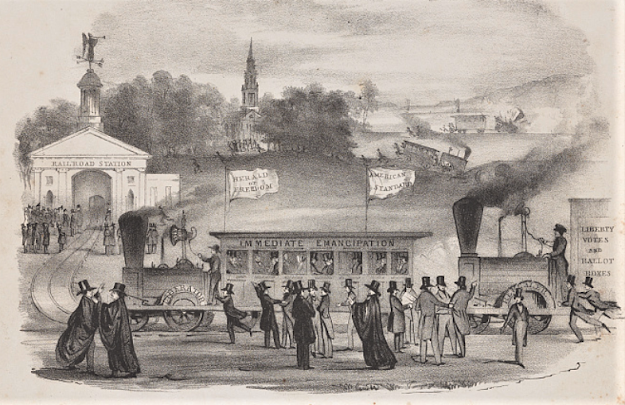