Several members of the 85th Pennsylvania regiment had highly successful careers following the war. Captain Robert P. Hughes of Little Washington, who enlisted as a private, rose the rank of major general in the army. Entrepreneur Norman Bruce Ream from Somerset County became one of the wealthiest men in the country. Edward Campbell became a judge in Uniontown, Fayette County.
Another member of the regiment who prospered was Sergeant George Sisson Fulmer of Company D, who moved to Pittsburgh after the war and became a highly successful building contractor.
In addition to his business, Fulmer became a driving force in the 85th Pennsylvania Regimental Association and as its president, organizing reunions from 1882 to 1905.
At the 1887 reunion in Uniontown, Fulmer displayed a gavel which was used during the formal meeting at the start of the session prior to the dinner, campfire and parade which ensued.
A local newspaper reported that, "President Fulmer read an interesting history and statistical report of the old regiment, comprising the number of men at date of muster in and discharge; number of killed, wounded and discharged in each company, and other statistical information which he himself had complied. At the conclusion of the reading he gave an interesting description of a trip which he took during the past summer to Fair Oaks and adjacent places over which the regiment had tramped in the war of the ‘60’s. On the battlefield of Fair Oaks, he cut a limb from a hickory tree and on his return home made a gavel from it on one end of which is the inscription “85th Regiment Penna. Volunteers” and on the other “Fair Oaks.” He presented it to the Association to be used at their meetings. On motion of Secretary [James T.] Wells, the relic was received with a vote of thanks. [Washington (PA) Weekly Reporter, 9-1-1887]
The Battle of Fair Oaks, also known as Seven Pines, in May/June of 1862, was the first battle in which the regiment participated. It was also the costliest in terms of killed and wounded. About 25 men were killed and another 50 or so were wounded. Fulmer's Company D was on picket duty when the Confederates under General Joseph Johnston launched an attack. Against at least 2-to-1 odds, the 85th Pennsylvania and their division held their ground long enough for reinforcements to arrive. The three day battle ended in a draw with over 10,000 combined casualties.
Following Fulmer's death, the regimental gavel presumably continued to be used until 1928 at the 56th and final reunion. In 1905, failing in health, Fulmer was for the first time unable to attend a regimental get-together, which in that year was held at Connellsville, Fayette County. A resolution was read in his honor.
Shortly after the 1905 reunion, Fulmer died on February 21, 1906 and was buried in the Homewood Cemetery in Pittsburgh. At the 1905 reunion,  Fulmer was paid the following tribute by his fellow veterans, who stated, "He has been untiring in promoting the welfare of the regiment and in arranging for the annual reunions…He has always been generous of his means in helping to defray the expenses of the reunions and in meeting all obligations incurred by the association." [Daily Notes, Canonsburg, PA, 11-22-1905]
The current home of the gavel, if it still exists, is unknown. Fulmer became president of the association in 1882, held at the Pittsburgh Grain Exchange Building, and held the position for nearly a quarter of a century until his death at the age of 66.
He also served as commander of the Grand Army of the Republic McPherson Post Number 117 in Pittsburgh and attended several national encampments of the G.A.R. during his lifetime. As such, he travelled around the northeast to various G.A.R. encampments. In 1886, he was among a train car load of Pennsylvanians who attended a gathering of 11,000 Union veterans in Topeka, Kansas in 1886. (The Daily Commonwealth, Topeka, 7-25-1886, p.4)
Fulmer was born in Mifflin Township in Allegheny County. His family moved to Beallsville, Washington County, and from this township, Fulmer enlisted into Company D of the 85th Pennsylvania along with his brother, Harry. [Pittsburgh Daily Post, 2-22-1906, p.1]
After the war, during a career as a building contractor, Fulmer was credited with constructing the first skyscraper in Pittsburgh. (This interpretation may depend on one's definition of a high-rise structure by 19th century standards). The building was the eight-story Schmidt Building on Fifth Avenue. Fulmer also won a reputation as the premier church builder in Pittsburgh, one whose work included the Park Avenue Presbyterian Church (above, which Fulmer attended), the Point Breeze Presbyterian Church and the Sixth Avenue United Presbyterian Church [The Daily Notes, Canonsburg, PA, 2-16-1906, p.7]
Fulmer worked diligently for the regimental association for over 30 years. When the association was created in Uniontown in 1873, Fulmer was voted to the position of secretary.
Due to his failing health, Fulmer was replaced as president of the regimental association by Sergeant James Swearer in 1906. In the early 1920's, the aged Swearer handed the presidency over to Captain Charles E. Eckels, the last president of the association. Efforts by the writer to find a descendant of Eckels on the remote chance that the gavel is in his family's possession , have so far proven to be unsuccessful.
Below is a letter that Fulmer wrote to a friend, Mollie [last name unknown], probably from Beallsville or the immediate area. The regiment had just moved from Folly Island to Hilton Head, South Carolina in early 1864.

I received your kind letter a few days since and was pleased to think that you must not have forgotten her dear friend and school mate in the 85th though far from home and among strangers. My mind still wanders back to the pleasant days. That old school house on yonder side hill is still within my view where we spent much happiness friends in the days. Little did I think which was to happen.

Some of my school mates are ? more others are scattered throughout the country never to meet
again in the pleasant schoolroom.

But enough of this and now I will give you a short history of what has happened? Since I last wrote to you. We have been on Folly Island within the reach of the sound of [Fort] Moultrie’s cannon, not knowing what minute we might be placed within the reach of their destructive contents. We received orders to leave there on the 5th of Dec. and started on the 6th for this place where we landed on the 7th but we did not expect to stay here any time as there was some talk of an expedition. Out here for to go to Savannah but I believe it has fell through for the present. I do not think there will be anything more done

Here until spring as we have not enough force to do much at present. There are a great many soldiers reenlisting in this department but there is not many from the 85th. I have not much notion of it for my part. I think I will try it at home a short time before I go soldiering again especially under some of the officers that we have in this Regt. I am not tired of soldiering but I am tired of some of our officers. Eight months and eight days will get me out. 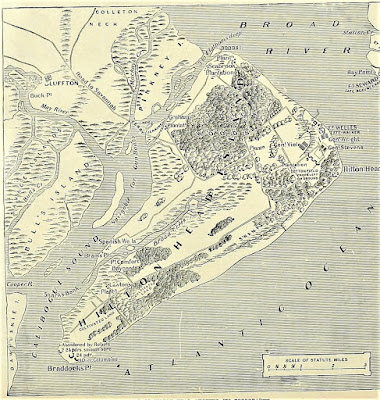 I heard a few days since that ? Bane was married. Good God I think some of the ladies are getting hard up for a man when such men as [Bane] can find a wife.

Well Mollie, I suppose you will wait for some brave soldier boy who has fought, bled and died for his county, will you not?

[Thomas] Harford sends his compliments to you in return. Harry [Fulmer, George’s brother was had earlier received a medical discharge] was well when I heard from him which was only a few days since. It is now time to call the roll and I must close. Hoping to hear from you soon.

I remain your friend as ever.

Give my love to all inquiring friends. 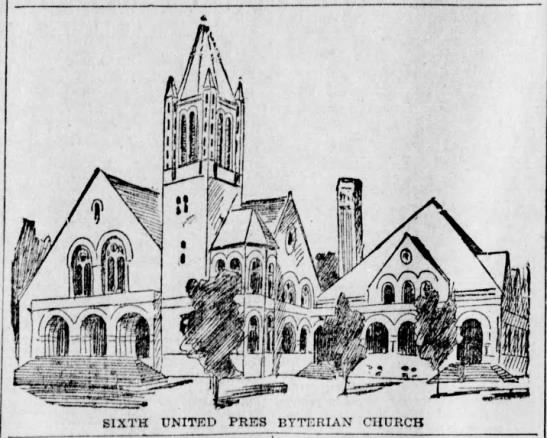